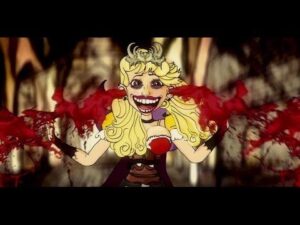 Order “Explositive” now:
http://shop.napalmrecords.com/kontrust
12 December – PARIS, Le Trabendo
13 December – STRASBOURG, La Laiterie
14 December – LYON, Le Ninkasi Kao
16 December – LONDON, The Underworld Camden
Tickets Paris, Strasbourg, Lyon : https://goo.gl/Rf8yNo
Tickets Londres : https://goo.gl/9s1rA4
Vienna’s blood is cooking and brewing, bringing the muscles to twitch and the nerve pathways to explode. WELCOME HOME, the Kontrust debut was released in 2005 and three records later, this world knows from which European country the hottest Crossover of the present days is coming! EXPLOSITIVE is the fourth album by the Austrians and has everything that this music needs: rapid rhythms, catchy slogans, brutal guitars and angular riffs. Their sound is rolling down over everything without any doubt. No wonder Kontrust sing almost programmatically: “I wish I had a bulldozer, a shining purple bulldozer.” However: Kontrust can’t even stop this steamroller on their way back into the charts.