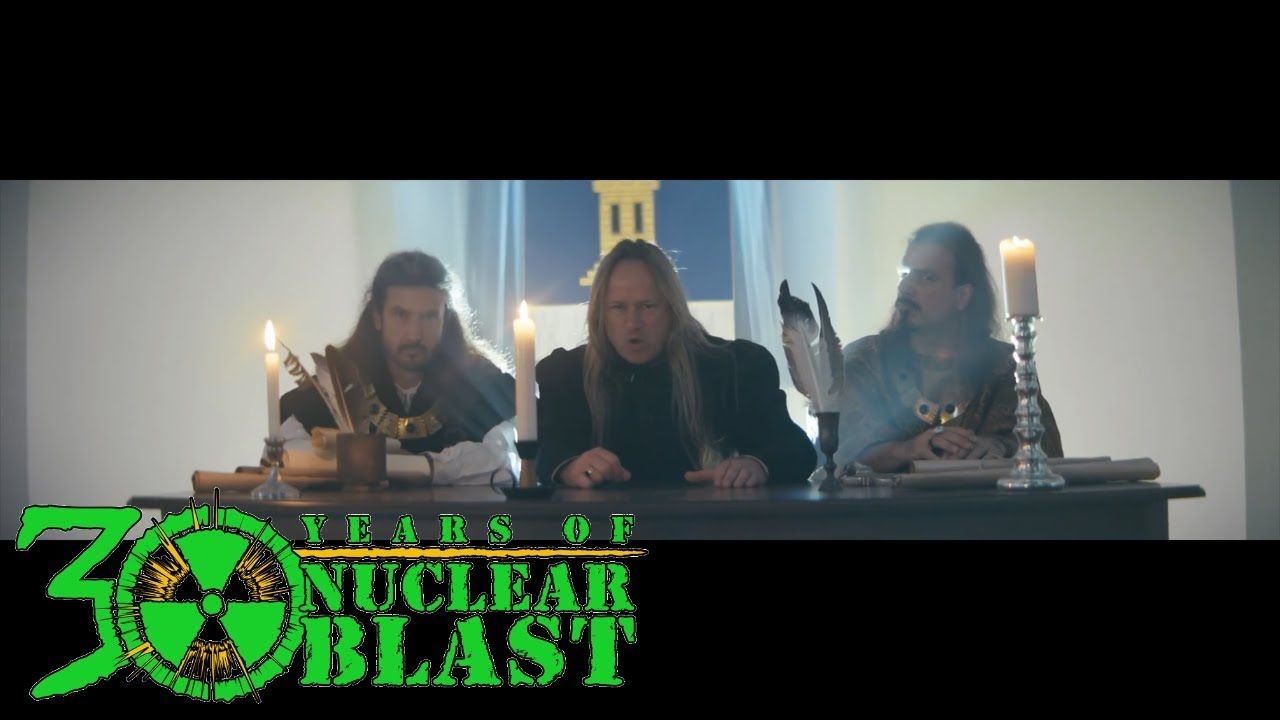 Taken from the album ‘KINGSLAYER’! Order: http://nuclearblast.com/almanac-kingslayer
SUBSCRIBE to ALMANAC: http://bit.ly/1mtfjAQ
SUBSCRIBE to NUCLEAR BLAST: http://bit.ly/subs-nb-yt
New album ‘KINGSLAYER’ out now on Nuclear Blast!
Get Album At:
Nuclear Blast: http://nuclearblast.com/almanac-kingslayer
iTunes: http://nblast.de/AlmanacKingslayerIT
Amazon Music: http://nblast.de/AlmanacKingslayerAMP3
Google Play: http://nblast.de/AlmanacKingslayerGP
FLAC: http://nblast.de/AlmanacDigital
ALMANAC mastermind Victor Smolski comments: “This song is a new chapter for ALMANAC. It’s a mixture of different vocal styles, heavy and groovy drop tuning guitar riffs and orchestral power with catchy melodies! It was a lot of fun to try new things when producing the new songs and it was well worth it!”
“When we discussed filming our new music video ‘Losing My Mind’ at a Moravian castle, I had no idea that we would have the entire newly renovated area of a huge baroque mansion, including its unique French-style park at our disposal. For every band, the size of the stage is very important, and here I found myself completely taken aback. We could choose any of the dozens of rooms and adjust it according to our needs. We started filming early in the morning and ended long after midnight. But the result is more a short film than a music video. All thanks to the truly amazing film location – Holesov chateau.”
Screenwriter and director Marek Dobes says: “It is always good to know the members of the band as well as possible before shooting. I have been working with Victor since he collaborated with RAGE. We shot together the clip for ’21’ which installed them back to the first music video league. Later I was in charge of presenting ALMANAC in a short promotional documentary made during one of their first international concerts. at which time I had the opportunity to get acquainted with the other members of the group. Even then, I realised they were personalities I can show in a music video not only as a musicians but also as actors, which is not as common as you would think. A dramatic role cannot be played by everyone. And whenever you build a story around the members of a group, you take a risk. But I’m glad I decided to do it, all four members of ALMANAC were born for the camera and film lights.”
Pavel Plch who plays the lead role of deceived husband, who also choreographed the fight scenes, said:”In the past, I’ve had the opportunity to collaborate on video clips such as NIGHTWISH – ‘Sleeping Sun’, and I’ve fully exploited my previous experiences for the ALMANAC music video. I was surprised by the fact that the cameraman decided to record the duel scene with a distortion lens, which we had to adapt to the whole concept of a duel. The result, however, is worth the work. For me this ALMANAC music video belongs within the top ten projects that I could ever help on as a choreographer. Maybe even in the top five due to the fact that only one single sword broke in my hand, despite all the increased fighting efforts in the battle scene.”
FOLLOW VICTOR & ALMANAC:
https://www.facebook.com/AlmanacVS.band
https://www.facebook.com/officialvictorsmolski
http://www.almanac.band
http://www.victorsmolski.de
ALMANAC are:
Andy B. Franck – vocals
David Readman – vocals
Jeannette Marchewka – vocals
Victor Smolski – guitar
Tim Rashid – bass
Athanasios ‘Zacky’ Tsoukas – drums

In every democracy, the people get the government they deserve. ~Alexis de Tocqueville
@www520be
上一篇：KADAVAR – Tribulation Nation (OFFICIAL VIDEO)
下一篇：SLEEPING ROMANCE – Where The Light Is Bleeding (Official Video) | Napalm Records