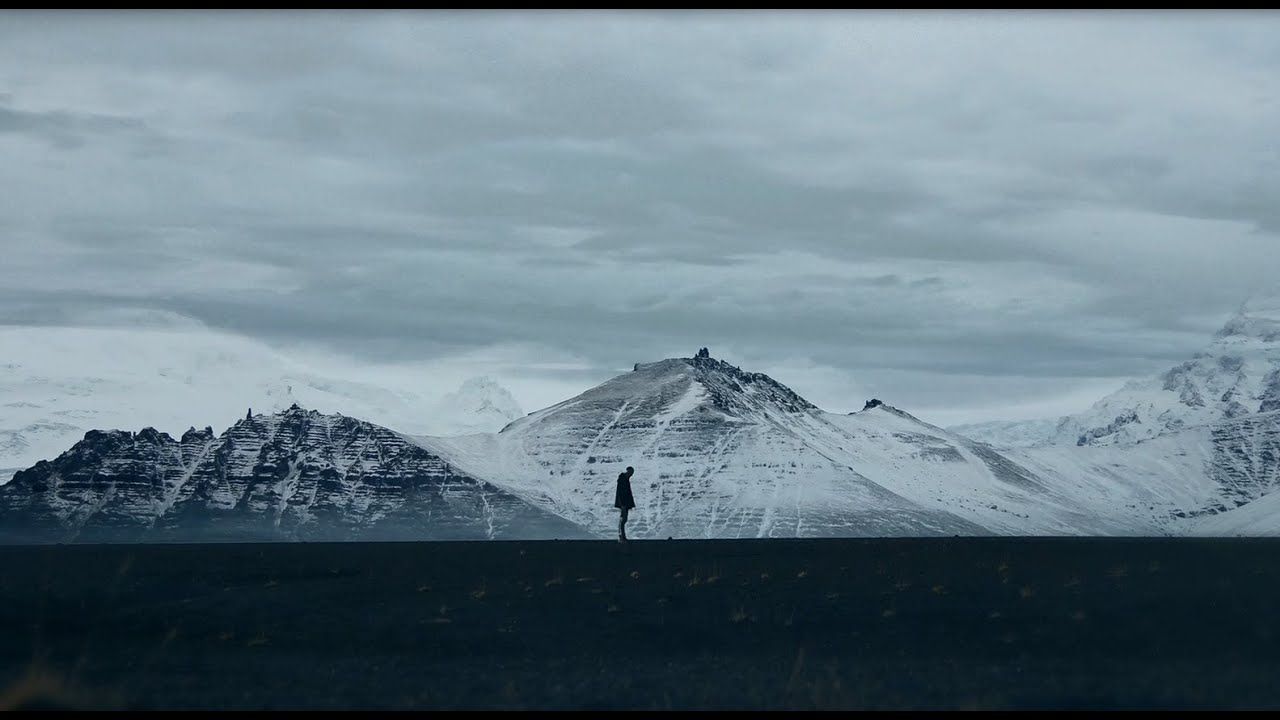 Order “SOVRAN” now! http://smarturl.it/SOVRAN-NPR
iTunes: http://smarturl.it/SovranDL
From American filmmaker Bowen Staines, director of Sólstafir’s ‘Fjara’ and ‘Lágnætti’ (Winners, Best Music Video 2012 & 2015), Skálmöld´s ‘Gleipnir’ (Winner, Best Music Video 2014), The Vintage Caravan’s ‘Expand Your Mind’, Ólafur Arnalds’ ‘Living Room Songs’, and Valdimar’s ‘Út úr þögninni’, comes a brand new project for Sweden’s acclaimed dark metal giants, Draconian. The video is for their latest song, the stunning ‘Stellar Tombs’, from Draconian’s sixth studio album, ‘SOVRAN’.
— OFFICIAL PRESS RELEASE –
“‘Stellar Tombs’ was produced and filmed in Iceland, with a production crew of only five, from the 14th-16th of November 2015 and edited until January 20, 2016 at the Don’t Panic Films Studio in Scituate, Massachusetts. Similar to certain lyrics from the song, the video is tangled in extreme opposites and non-sequiturs. For example, while the video takes place in the Icelandic nature, there is nothing natural about the landscape, and something all too familiar in the human element and its natural propensity for chaos. The story follows two enigmatic characters – or agents of chaos, if you will – as they recklessly personify how easily best intentions and humanity’s boldest advancements can be misunderstood and ravaged if careful attention is not paid.
I believe that our humanity was formed from two vital fundamentals: language and empathy. Language taught us how to speak, but empathy showed us how to listen. Cue humanity’s aforementioned natural propensity for chaos; our greatest and most radical accomplishments repeatedly leave us walking a knife’s edge, pondering when the bigger fish will arrive and what form it will take this time around. When this is all over, will we become the dragonfly or the mammoth? Or will we get lucky and become hunters again, fighting for survival and asserting ourselves as Gods over Land and Nature, only to be overrun by wolves in the night? Jumping forward: a thousand years of civilization will rise and fall in an instant because of a single irrigation error. That, upon digging to the sea and proclaiming to the heavens, “We’ve done it!” immediately poisoned the rich soils with salt. We’ve come a long way since then, though! We split the atom, see?
The main character in ‘Stellar Tombs’, skillfully portrayed by Reykjavík local Tomio Newmilk, quickly learns the ease of failure if we lack empathy to understand why. As he searches the endless, black horizon, his ceaseless trust and visible naïveté shield him from fully understanding both sides of human nature. The vehicle he drives is another example of this: the mighty Land Rover Defender – an armored metal fortress designed to keep the rest of the world from creeping in. Ignorance is bliss, as they say – and this doesn’t sit well with Tomio’s passenger, a highly temperamental paradox brought to moody life by Heike Langhans, vocalist of Draconian. She has made other plans.
Throughout the production, both Tomio and Heike were open to on-the-spot experimentation and were a blast with whom to work – particularly given the stress levels that come with shooting a seven and a half-minute music video in under two days…in Iceland, in November, in horrible South Coast weather that included daily snowstorms, severe weather warnings, chickens blowing across the lawn, and glacial rockslides directly in the areas we were filming. During post-production, I wanted the aesthetic and colors of ‘Stellar Tombs’ to match the extreme desolation of the Icelandic countryside and the helplessness and fear that comes when taking one of the most dangerous landscapes in the world for granted. I made that mistake once before while filming in Iceland’s nature a few years back; it could’ve cost me my life, and I experienced a sense of powerlessness I will never forget.
In conclusion, I’m sitting here glancing over what I’ve just written above, and I understand the message of this video seems like an especially dark, negative, and a very one-sided way of looking at everything we’ve accomplished with our endless numbered days here on Earth – and I assure you, it is! There will be a day, and probably pretty soon, where common ground is completely out of style – but we must never forsake learning, never quit listening, and never, ever stop striving to understand one another. Take black metal or heavy metal music, for example… the chances of ACTUALLY understanding all the words the first time through are basically slim to none, and look how sweet it still is. We will be just fine.
From all of us here at Don’t Panic Films and Draconian, we sincerely hope you enjoy ‘Stellar Tombs’, and have as much fun watching it as we did making it… TAKK FYRIR OKKUR!!”
-Bowen Staines, Director 22.1.16 DontPanicIceland.com