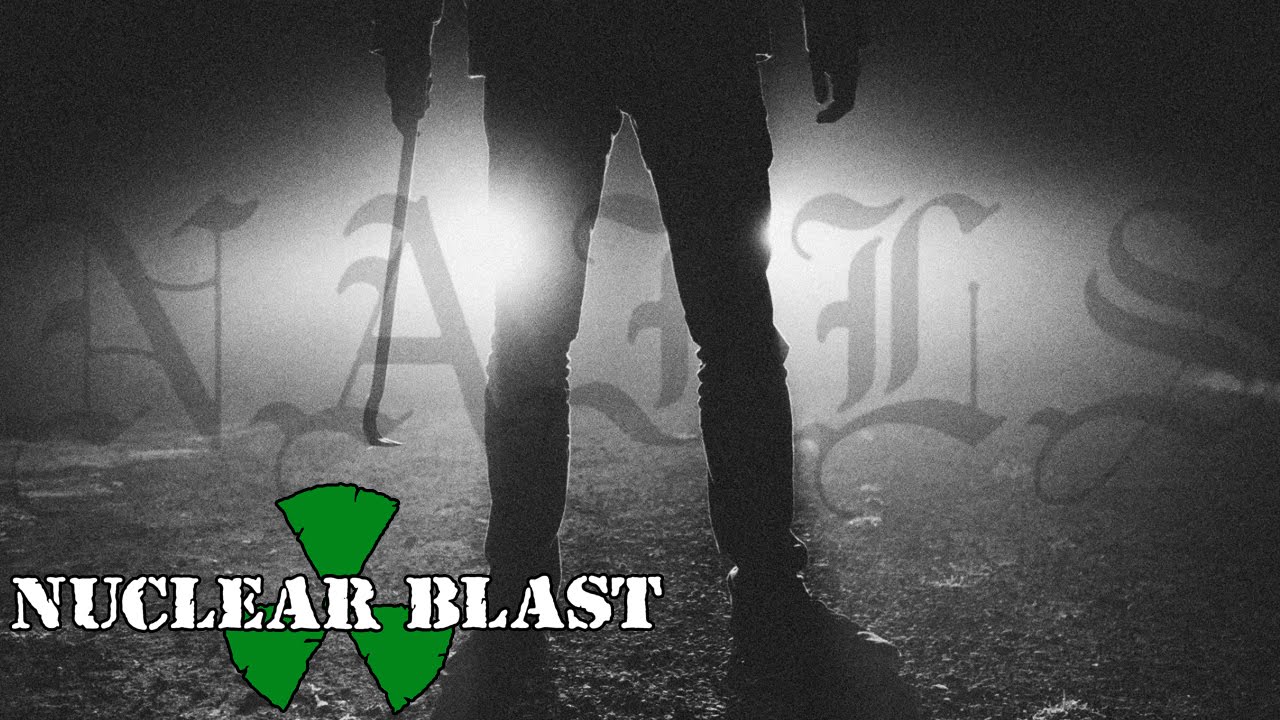 Official music video for “Savage Intolerance” off NAILS’ third full-length album, You Will Never Be One of Us.
Order album at http://nuclearblast.com/nails-youwillneverbeoneofus
Subscribe to Nuclear Blast on YouTube: http://bit.ly/subs-nb-yt
ORDER AT
Nuclear Blast: http://nuclearblast.com/nails-youwillneverbeoneofus
iTunes: http://nblast.de/NailsYouWillNeverIT
Amazon (Physical): http://nblast.de/NailsYouWillNeverAMZ
Amazon (Digital): http://nblast.de/NailsYouWillNeverAZMP3
Google Play: http://nblast.de/NailsYouWillNeverGP
Southern California-based four man hatecrew, NAILS, will release their third full-length album entitled, You Will Never Be One Of Us, on June 17, 2016 via Nuclear Blast Entertainment.
Website: http://www.nailstyranny.com
Like: https://www.facebook.com/NAILSoxnard
Follow: https://twitter.com/NAILStyranny
Photos: https://www.instagram.com/nailstyranny
On Tour: http://bit.ly/nails-on-tour
Spotify: http://bit.ly/nails-spotify
Head misanthrope Todd Jones comments on their rabidly anticipated full-length vitriol:
“In fear of sounding redundant of how 97% of these pre-album release descriptions always come off, I won’t try to describe how our new album You Will Never Be One Of Us sounds. What I will tell you is that the same care and the same attention went into this album as our previous albums Unsilent Death and Abandon All Life, and our new album sounds as inspired as either of those two full length recordings.
“Our new record has some new twists and turns that are built off the foundation we laid with our previous albums, as well as a lot of familiarity that you’ve come to expect from NAILS. You Will Never Be One Of Us is for us, for our fans, and for anybody else who feels disgusted and fed-up with social-climbing impostors, trying to leech off of anything they’ve ever dedicated themselves to. I can say with 110% certainty: We will not let you down.”
“‘You Will Never Be One Of Us’ is the title track and also the opening track from our new album. I can’t deal with trying to write some clever, witty, or whatever type of descriptive garbage filled with barbs about how our band is awesome and other bands suck (which is absolute peasant bullshit), so I’ll cut to the chase. This is to date, our favorite song. It’s a song which represents almost every side of NAILS. When it comes time to announce a record, it’s really difficult for us to pick the first song to let the world hear because any NAILS record to date is more about the LP as a whole and not 1 song really represents the full LP, but I can say with no hesitation, this song represents this LP and we’re confident that we should be releasing this song first. ‘You Will Never Be One Of Us’ is about about the pain and the pride that goes into being involved in hardcore/punk/metal unconditionally…being a lifer. It’s a knife to the throat of the people who come and liter their bullshit and impose on everyone for their own selfish agenda. It’s for everyone who dedicates themselves to their craft…their music…their passion…whatever the ? it is, and seeing someone come along and attach themselves to what you do/love and abuse it, with no regard or respect for it. This song is not for NAILS, but for all of US.
“As far as the video goes, we needed something that represented us and wasn’t fake. The world really doesn’t need another ‘band playing in a warehouse’ music video, but again, without being condescending with some passively aggressive description and putting other videos down, we believe this video not only stands out as far as quality and expression, but represents us in the best possible way that a music video could. It conveys the emotions that you might experience from us if you come to one of our shows. This video shows what we are, doing what we do in this band. No pretense, no overblown image, no bullshit, no gimmicks, no artificial/cheap attention grab. This video IS NAILS. ?ing period.
“We hope you guys dig this shit. We worked really hard on everything with the LP. Wrest did the artwork which is undoubtedly the best representation NAILS has had so far for an album cover, the video you’re seeing/hearing…everything. This record represents NAILS more so than any of our other records. You Will Never Be One Of Us is the epitome of NAILS to date. It is our apex (up to this point). We know if you’re already a fan of the band that you’ll love this record. If you’ve never heard of us before, we appreciate you checking this shit out. ‘OUR PAIN IS NOT YOUR PAIN, OUR PRIDE IS NOT YOUR PRIDE – YOU WILL NEVER BE ONE OF US’. Much love and respect.”
You Will Never Be One Of Us was recorded, mixed and produced by Kurt Ballou (CONVERGE, HIGH ON FIRE, VALLENFYRE, MISERY INDEX, TODAY IS THE DAY). Artwork was created by WHTHD.