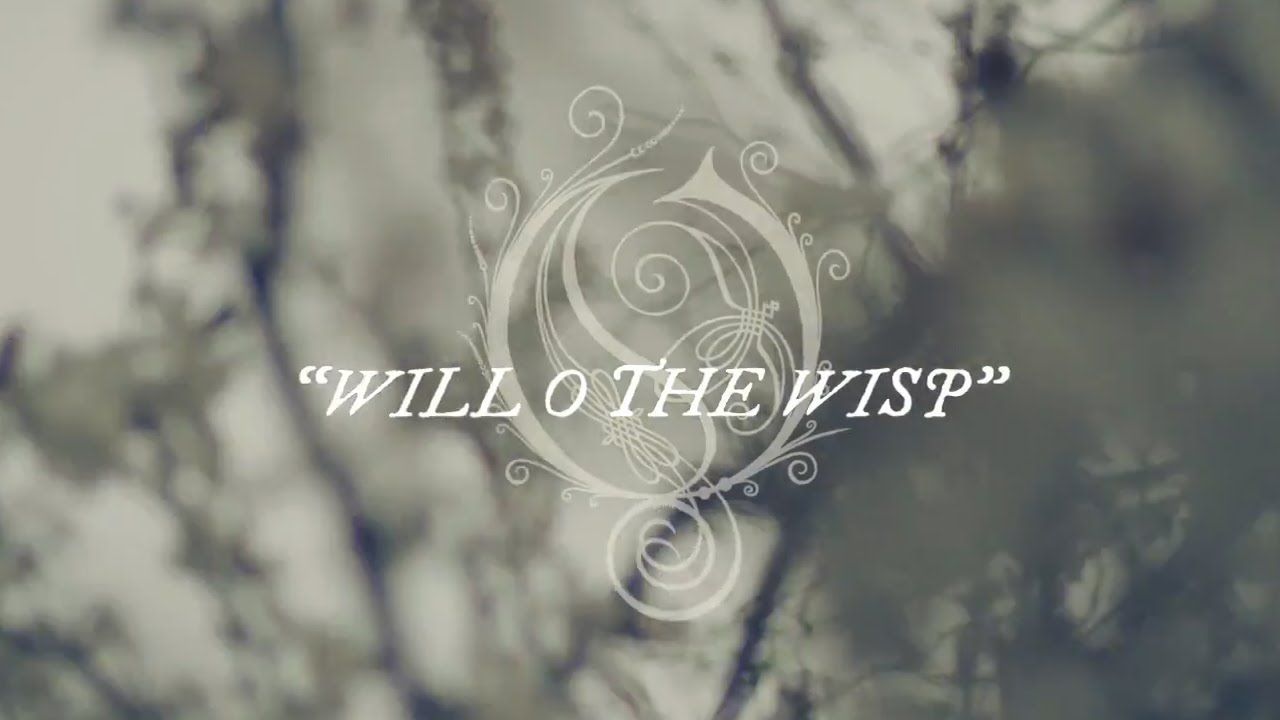 Official “Will O The Wisp” lyric video from Swedish progressive legends OPETH’s twelfth studio album, SORCERESS, out worldwide via Nuclear Blast Entertainment / Moderbolaget Records. Order the album at http://opeth.com/stores
Subscribe to Nuclear Blast on YouTube: http://bit.ly/subs-nb-yt / Subscribe to Opeth on YouTube: http://bit.ly/subs-opeth-yt
In a recent, exclusive track-by-track feature with Metal Hammer, vocalist Mikael Åkerfeldt gave some insight behind the creation of the song: “It’s a song inspired by “Dun Ringil”l by Jethro Tull (from the album Stormwatch, 1979). I wanted to do a song with my capo really high, so it’s up on the fifth fret. It makes the guitar sound really glittery. I just wanted to go for a simple, catchy vocal melody. It has a slightly positive vibe to it, but the lyrics are really, really dark. It’s a beautiful song, I think. I’m really happy with that one.”
ORDER ALBUM AT
OPETH Store: http://www.opeth.com/stores
Nuclear Blast: http://nuclearblast.com/opeth-sorceress
iTunes: http://nblast.de/OpethSorceressIT
Amazon Music: http://nblast.de/OpethSorceressAMZMP3
Google Play: http://nblast.de/OpethSorceressGP
2016 marks the monumental return of one of heavy rock’s most unique, revered and fearless bands of the last three decades, Opeth. Over the years, the experimental, prog veterans have continuously reinvented themselves, pushing the boundaries of their craft and expectations of fans and critics alike.
OPETH’s new album, Sorceress, their first for Nuclear Blast via the band’s imprint label Moderbolaget Records, is proof chief architect Mikael Åkerfeldt has a near-endless well of greatness inside. From the album’s opener ‘Persephone’ to ‘The Wilde Flowers’ and ‘Strange Brew’ to the album’s counterpart title tracks ‘Sorceress’ and ‘Sorceress II’, OPETH’s twelfth full-length is an unparalleled adventure, where visions cleverly and secretly change, colors mute as if weathered by time, and sounds challenge profoundly.
Sorceress Track List:
1. Persephone
2. Sorceress
3. The Wilde Flowers
4. Will O The Wisp
5. Chrysalis
6. Sorceress 2
7. The Seventh Sojourn
8. Strange Brew
9. A Fleeting Glance
10. Era
11. Persephone (Slight Return)
”The new album “Sorceress” is our 12th studio album since our beginnings in 1990,” says Åkerfeldt. “I find it difficult to understand that we’ve been going on for 26 years, let alone that we’ve made 12 records now, all of which I am very proud of. ”Sorceress” is no exception. I love this album, as does the whole band. I wrote the music during 5-6 months and we spent only 12 days recording it at Rockfield studios in Wales. I find that once again we’ve taken a step forward. Or sideways, Or backwards. Somewhere!? It’s different! It’s extremely diverse. And if I may say so myself, extremely good. I feel the right to say that since I like to think I know this band better than anyone on the planet. Also, I always manage to detach myself from the record and listen as a fan. It’s a fine little record. My favorite in our discography right now. Of course. That’s how it should be, right? It’s both fresh and old, both progressive and rehashed. Heavy and calm. Just the way we like it. Hopefully there’ll be others around the globe sharing this opinion. It was a joy to make it. A ?ing joy to record it, and a sheer joy listening to it. So there you have it!”
For Sorceress, OPETH returned to Rockfield Studios in Wales, also home to pivotal releases from Queen, Rush and Judas Priest, where the Swedes had tracked Pale Communion in 2014 with Tom Dalgety. The band spent 12 days recording at the countryside venue among its serene and inspiring surroundings. The result is nothing short of a powerful and intriguing record that will add yet another layer to the band’s celebrated career.
Website: http://www.opeth.com
Like: https://www.facebook.com/Opeth
Follow: https://twitter.com/OfficialOpeth
Watch: http://bit.ly/subs-opeth-yt
Photos: https://instagram.com/officialopeth
On Tour: http://bit.ly/opeth-on-tour
Spotify: http://bit.ly/opeth-spotify