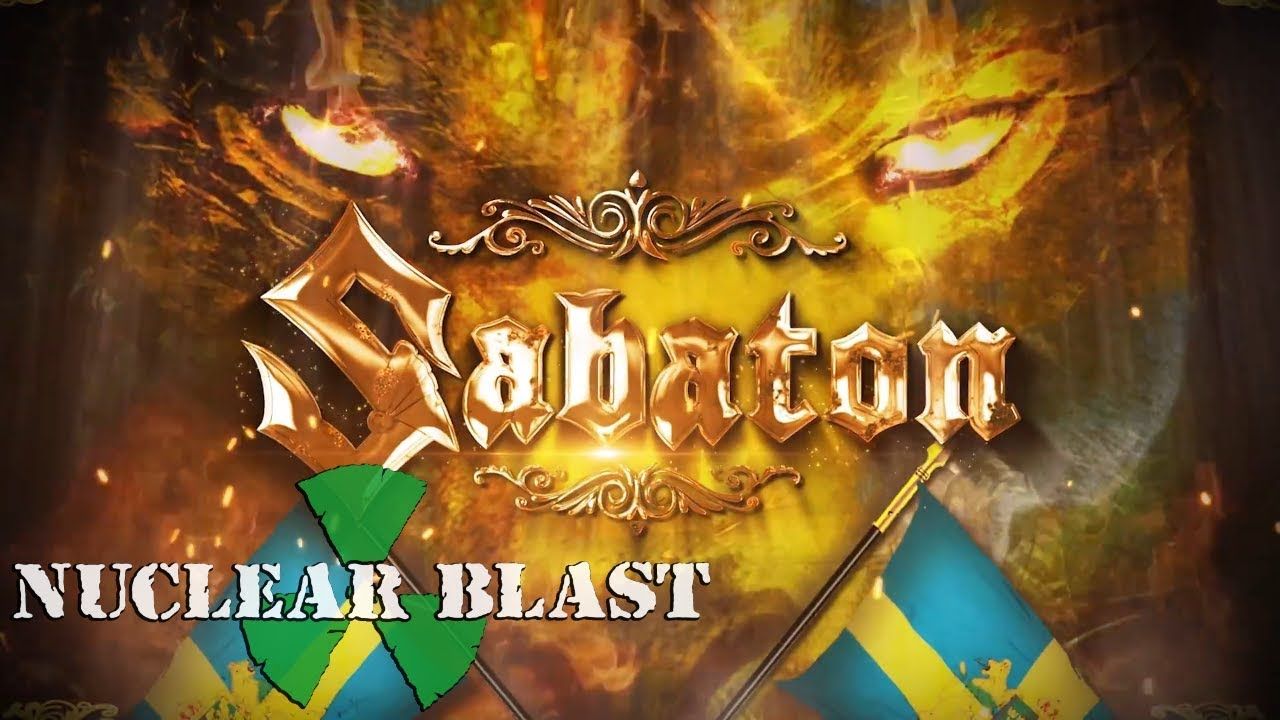 SABATON – The Lion From The North (OFFICIAL LYRIC VIDEO)

Sabaton’s special platinum edition of Carolus Rex celebrates the album going quadruple platinum AND commemorating 300 years since the death of the Swedish king who inspired it. Out on November 30th and available at https://nuclearblast.com/sabaton-carolusrexplatin.
Subscribe to Nuclear Blast: http://nblast.de/NBytb. Subscribe to Sabaton: http://bit.ly/subs-sbtn-yt.
GET IT HERE:
http://nuclearblast.com/sabaton-carolusrexplatin
VISIT THE BAND:
Facebook: https://www.facebook.com/sabaton
Instagram: https://www.instagram.com/sabatonofficial
Twitter: https://twitter.com/sabaton‎
YouTube: http://bit.ly/subs-sbtn-yt
Spotify: http://bit.ly/sabaton-on-spotify
On Tour: https://www.sabaton.net/tour
———————————–
Sabaton are excited to reveal that their 2012 album, Carolus Rex, has reached quadruple platinum status in their home country of Sweden.
To celebrate its success, and to commemorate the Swedish king who inspired it, SABATON present a special 300th year anniversary edition (out November 30th), which is the date Carolus Rex was killed in Norway.
The concept album – which is the band’s biggest success to date – charts the rise and fall of the Swedish Empire, in particular the life of Charles XII (“Carolus Rex”) who ruled it for 21 years. In an amazing coincidence, the album’s quadruple platinum certification comes exactly 300 years after the king’s death in 1718!
Bass player Pär Sundström states: “Over the past few years we’ve been traveling around the world to perform, while expanding SABATON’s empire into new countries and meeting incredible new fans along the way.
There’s no place like home though, and it’s humbling to know that people in our native Sweden are still so amazingly supportive of us after all these years. Thank you to everyone who played a role in making Carolus Rex one of the most successful Swedish rock albums ever!”
———————————–
Who was Carolus Rex?
Charles XII (“Carolus Rex”) was king of Sweden between 1697-1718, taking the throne at the tender age of 15. Despite his young age, he soon became a brilliant military tactician, thwarting invasions by several countries in the early years of his reign – most famously Russia, who the Swedish king defeated at the battle of Narva despite being heavily outnumbered. The Swedish Empire officially ended during Carolus’ reign, after he attempted to invade Russia but suffered a crushing defeat at the battle of Poltava in 1709. In 1718 he invaded Norway and laid siege to the fortress of Fredriksten, but was killed by a mysterious gunshot to the head when inspecting trenches one night. Historians are divided on how the king died, whether he was killed by the enemy or assassinated by his own ranks. Charles spent his whole life at war and never married or fathered children. He was succeeded to the throne by his sister.