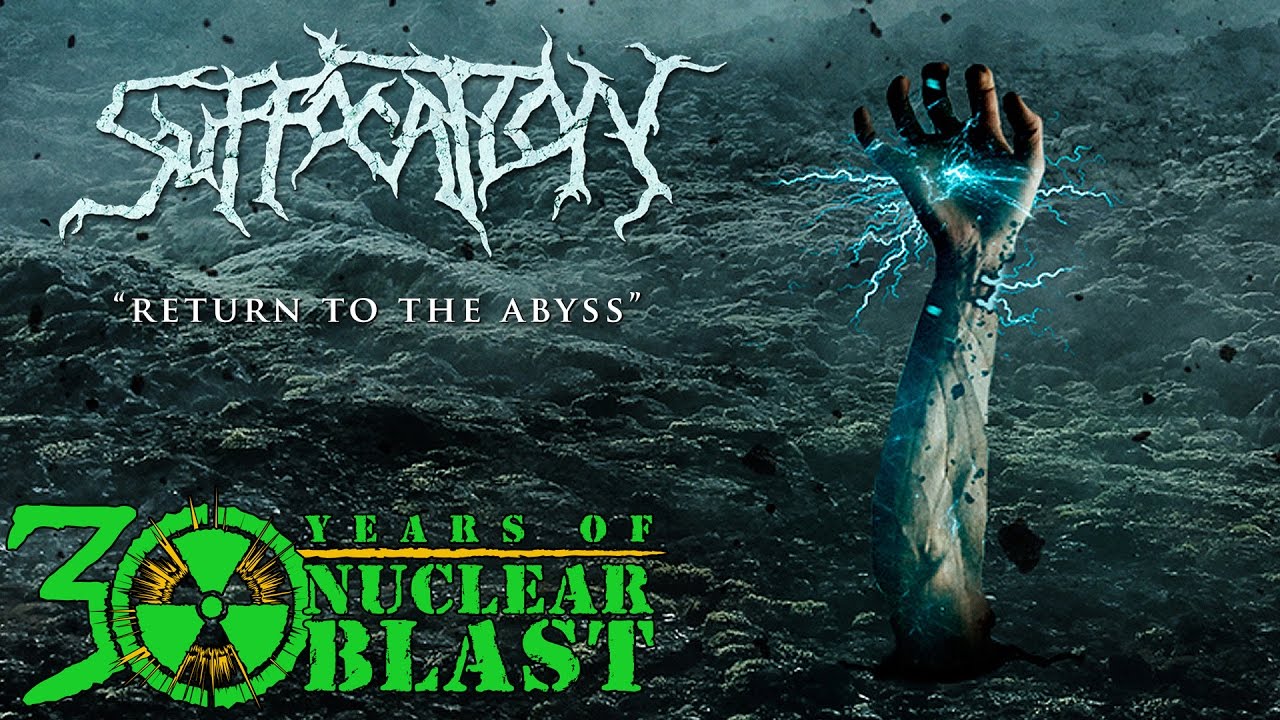 Official track “Return To The Abyss” from Suffocation’s new album, …Of The Dark Light, out worldwide. Order at http://nuclearblast.com/suffocation-ofthedarklight. Subscribe to Nuclear Blast YouTube: http://bit.ly/subs-nb-yt / Subscribe to Suffocation YouTube: http://bit.ly/subs-suffcton-yt
ORDER ALBUM – …OF THE DARK LIGHT
Nuclear Blast: http://nuclearblast.com/suffocation-ofthedarklight
iTunes: http://nblast.de/SuffocationDarkLightIT
Amazon Music: http://nblast.de/SuffocationDarkLightAZ
Google Play: http://nblast.de/SuffocationDarkLightGP
LISTEN ON
Spotify: https://open.spotify.com/user/suffocation_official/playlist/7uB7ngzCbLSqboXGLxwAku
Apple Music: http://nblast.de/SuffocationDarkLightAM
Deezer: http://www.deezer.com/artist/65989
FOLLOW THE BAND
Website: http://www.suffocationofficial.com
Like: https://www.facebook.com/suffocation
Follow: https://twitter.com/suffocation
Photos: https://www.instagram.com/suffocationofficial
Watch: http://bit.ly/subs-suffcton-yt
On Tour: http://bit.ly/suffocation-on-tour
The band:
Frank Mullen – Vocals
Terrance Hobbs – Guitars
Charles Errigo – Guitars
Derek Boyer – Bass
Eric Morotti – Drums
—————————————-
New York death metal pioneers SUFFOCATION released their new album …Of The Dark Light on June 9, 2017 via Nuclear Blast Records.
…Of The Dark Light was produced by SUFFOCATION and tracked at Full Force Studios with longtime engineer Joe Cincotta (OBITUARY). Mixing and mastering was handled by world renowned producer/engineer Zeuss (HATEBREED, ARSIS, SUICIDE SILENCE). Cover artwork was created by Colin Marks (ORIGIN, FLESHGOD APOCALYPSE, KATAKLYSM).
Comments founding guitarist Terrance Hobbs:
“The moment we have been waiting for is here, our new album …Of The Dark Light will finally be released through Nuclear Blast on June 9, 2017! Over the last 4 year period SUFFOCATION has taken its time to write this record and we couldn’t be prouder. It is our most brutal record yet!
“SUFFOCATION worked through the end of 2016 to hash out and lay down the tracks at Full Force Studios with Joe Cincotta and once again enlisted Zeuss to bring this creation to life! Myself, Frank Mullen, Charles Errigo, Eric Morotti and Derek Boyer have all pushed the limit of what SUFFOCATION is and we hope you enjoy it!
“We also had the honor of having Colin Marks handling our artwork which is a new frontier for us and a different avenue and style to the traditional SUFFOCATION records. We also included some backup vocals from Kevin Muller (THE MERCILESS CONCEPT) which for us makes this album very unique! This will be our 10th studio release and we really hope you like …Of The Dark Light! Keep the grind alive and hope to see you on the road!”