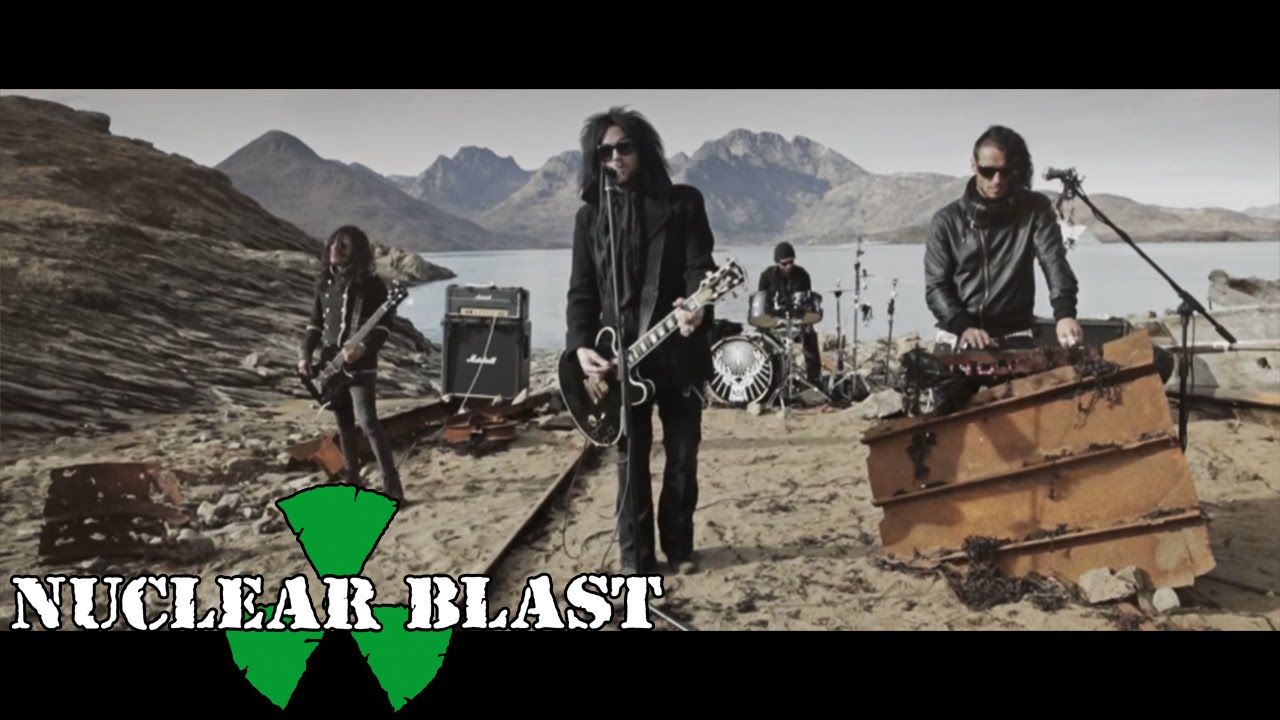 THE DEFILED present the official video for ‘Five Minutes’.
Order the band’s latest album: http://smarturl.it/DaggersCD
Subscribe to Nuclear Blast YouTube: http://bit.ly/subs-nb-yt
Subscribe to The Defiled YouTube: http://bit.ly/subs-thedfled-yt
Ahead of their UK headliner tour which kicks off in Nottingham next Monday, THE DEFILED have posted their brand new video for the song ‘Five Minutes’.
Featuring the newly recorded, full band version of the acoustic song that originally appeared on album ‘Daggers’, ‘Five Minutes’ combines stunning footage shot during their trip to Greenland (where they became the first band to ever play a live gig on a floating, moving iceberg), cut with tributes from fans who have lost loved ones.
“Five Minutes is probably our most emotional song, and the one most personal to me” says The AvD. “We didn’t originally plan to film a video for this, but when we were out in Greenland we had the opportunity to film the performance part. Despite the breathtaking beauty of our surroundings, that wasn’t enough to really convey the deep emotions of this song, so as a song that deals with loss, we asked our fans to share their stories with us, and offered them the chance to pay tribute to their lost loved ones. The feedback was overwhelming – in more ways than one – and you couldn’t help but be touched reading all the stories the ‘defilers’ shared with us.
“The day of filming was an emotional rollercoaster – bittersweet. So much sadness in the air, but also therapeutic at the same time. I think everyone there felt the same. It’s easy to look at people like us – metalheads, goths, whatever you want to call us – and think we are morbid people obsessed with death, that death is something we welcome, but just ‘cos we wear black it doesn’t make us immune to grief. The pain one feels when losing someone close is universal, and something no one is exempt from.
“I want to thank all of the defilers who came along to take part in this. You are all beautiful, brave and have helped us make our best video yet – thank you””
The video can be viewed here:
http://goo.gl/EDODSE
Some behind the scenes interviews with the cast, who bravely share their extremely emotional stories, can be viewed here: http://goo.gl/uKIAwn
THE DEFILED tour the UK with special guests Avatar from next week. Catch them at the following shows:
November
24 Nottingham Rescue Rooms
25 Glasgow Cathouse
26 Stoke Sugarmill
27 London O2 Academy Islington
28 Brighton Audio
29 Leeds Key Club
December
01 Manchester Academy 3
02 Wolverhampton Slade Rooms
03 Bristol Thekla
04 Southampton Talking Heads
Tickets on sale now at http://www.kililive.com/ and http://www.seetickets.com/