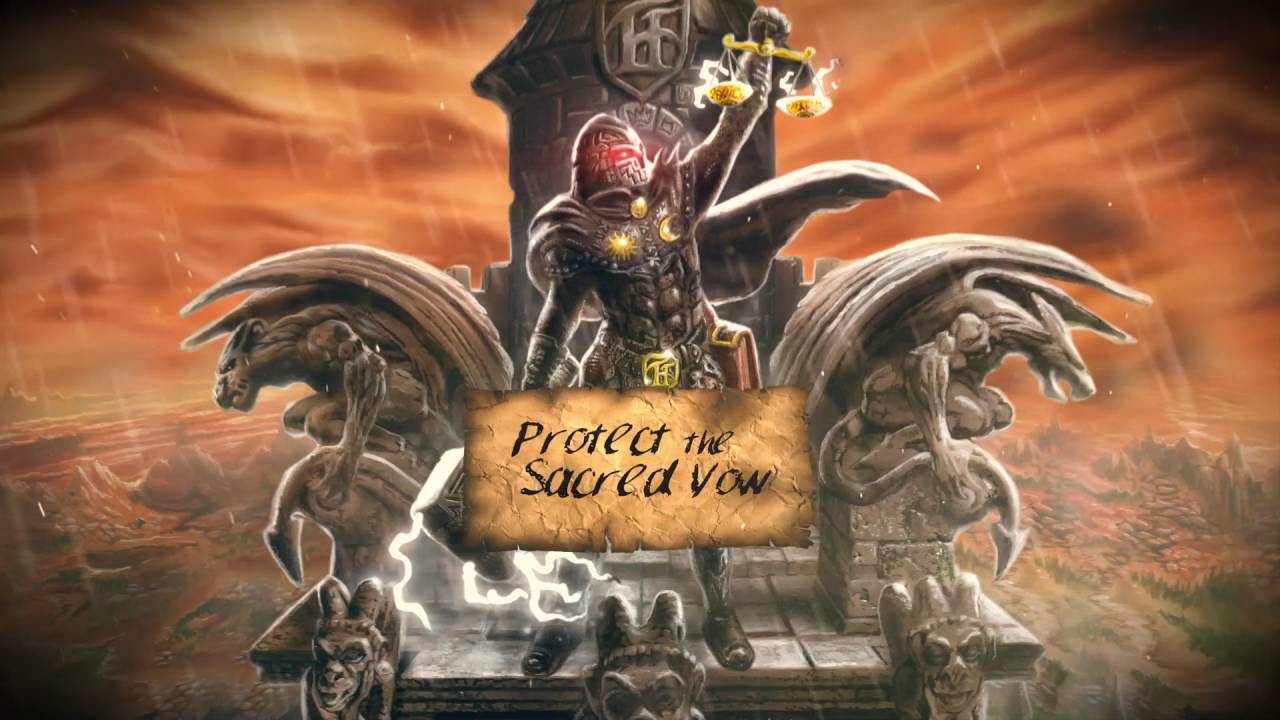 Pre-order “Built To Last” now! http://smarturl.it/BuiltToLast-NPR
Out November 4!
Sweden’s Heavy Metal legends HAMMERFALL are back, and are not just celebrating 20 years of a successful career which inspired an entire genre and beyond, but they are also releasing their brand new and 10th studio album ‘Built To Last’ on November 4th 2016 on Napalm Records!
Today the band unleashed the first track by unveiling a lyric video for the song ‘The Sacred Vow’.
“Choosing a track for this was not easy, as we had several suitable songs. But “The Sacred Vow” is a pretty classic HammerFall tune and very representative of the album as a whole: speed, power, energy and with a catchy chorus that oozes of heavy metal spirit.” the band comments.
In times when finest steel was no longer considered the crowning of our beloved genre, HAMMERFALL came to the rescue and blew everyone away with melodic finesse and sincerity: longplayers such as ‘Glory To The Brave’ (1997) and ‘Renegade’ (2000) quickly established the Swedes as pioneers of a modern version of classic 80s metal – and they surely havent slowed down any since! 'Built to Last' – the tenth album in a career spanning twenty years – definitely boasts a programmatic title and brilliantly displays the strengths of the band. Highly melodic and swift anthems, aggressive lead guitars, choruses youd kill your mother for and Joacim Cans` inimitable, steel-melting voice (recorded once more with James Michael / SIXX AM in L.A.) turn this oeuvre into one of the most consistent, exciting and passionate HAMMERFALL ever recorded!

In every democracy, the people get the government they deserve. ~Alexis de Tocqueville
@www520be
上一篇：Anthrax – Monster at the End
下一篇：SUIDAKRA – Braving The End (2016) // Official Music Video // AFM Records