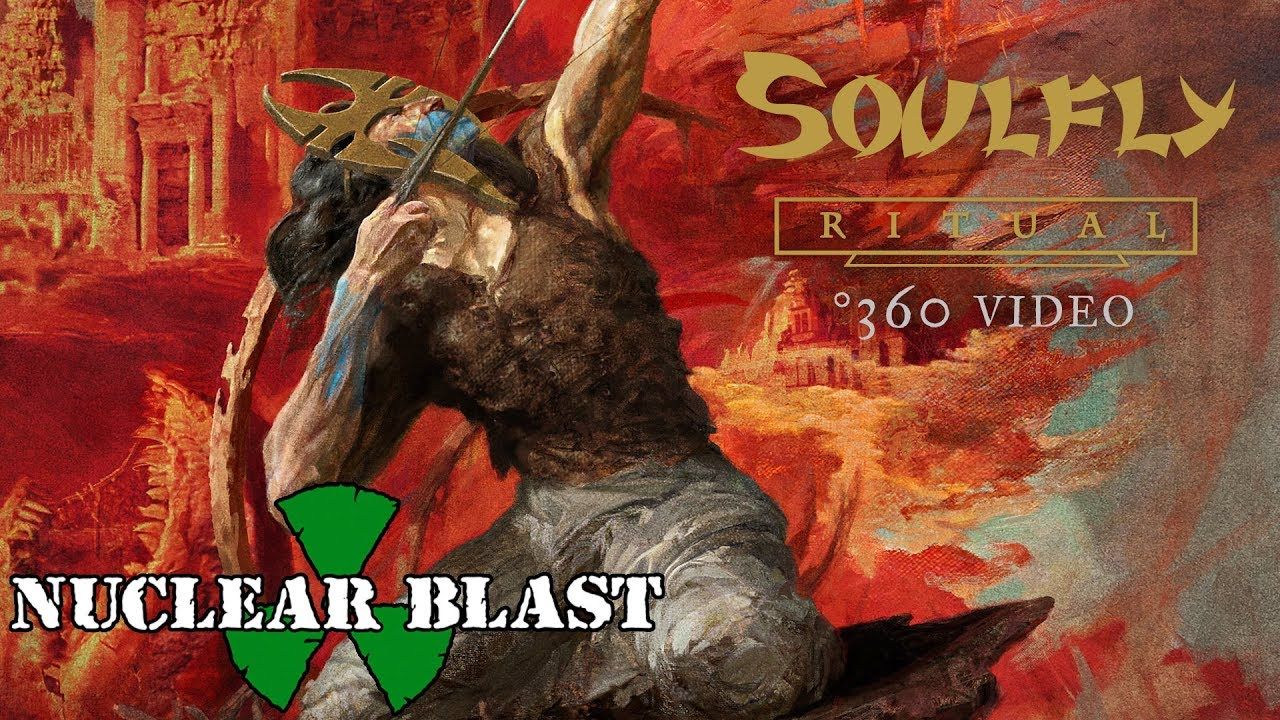 Official 360° video for the title track off SOULFLY’s eleventh studio album, RITUAL, out October 19th via Nuclear Blast Entertainment. Order at http://nuclearblast.com/soulfly-ritual. Subscribe to Soulfly: http://bit.ly/subs-slfly-yt. Subscribe to Nuclear Blast YouTube: http://bit.ly/subs-nb-yt.
ORDER ALBUM
Nuclear Blast: http://nuclearblast.com/soulfly-ritual
iTunes: http://nblast.de/SoulflyRitualIT
Amazon: http://nblast.de/SoulflyRitualAMZ
Google Play: http://nblast.de/SoulflyRitualGP
LISTEN ON
Spotify: https://open.spotify.com/user/soulflyband/playlist/5VbgAxPy0ToHD3e1gG3g87
Apple Music: http://nblast.de/SoulflyRitualAM
Deezer: https://www.deezer.com/artist/537
FOLLOW SOULFLY:
Website: http://www.soulfly.com
Facebook: https://www.facebook.com/SoulflyOfficial
Instagram: https://instagram.com/thesoulflytribe
Twitter: https://twitter.com/thesoulflytribe
YouTube: http://bit.ly/subs-slfly-yt
Spotify: http://bit.ly/soulfly-spotify
—————————
Comments vocalist/guitarist Max Cavalera:
“This song took a long time and almost didn’t make the record. We recorded it as an instrumental and ran out of time in the studio. We ended up having to fly Josh Wilbur (producer) out to my house to finish the vocals. He kept on telling me he wanted more of that ‘tribal sh*t’ like some of the stuff on our first record and ‘Primitive’. We ended up creating the chorus on the spot and layering something like 12 or 16 tracks of chanting for it. After we heard it and were listening back, we got really excited and were high-fiving each other. Josh just turned to me and said that was what he wanted to hear as a fan, and he was really happy to get that out of me. We both knew it was a new SOULFLY classic for the ages and had to be the album opener. I’m really proud of this song and I think old-school fans of my work are going to love it.”
—————————
SOULFLY “RITUAL” LYRICS
Refugee… silence… agony
Crawling back to me
My inner hell set free…
Sacrifice
Acceptance at a price
Solidarity…
fuck you I am integrity
Insurrection…
Ritual aggression
(Hey ‘a’ hey ‘a’ hey ‘a’)
ritual…ritual
Culminate
While we instigate
See my scars of hate
This is the new dark age
Build upon
A war that can’t be won
Infernal agony
Just set me free…
Insurrection…
Ritual aggression
(Hey ‘a’ hey ‘a’ hey ‘a’)
ritual… ritual
When you’re facing the end
Your pilgrimage begins…
Order out of chaos
Order from disorder
(Hey ‘a’ hey ‘a’ hey ‘a’)
ritual… ritual
Order from disorder
Ritual